So as some of you may know, I essentially dropped out of collecting and actively following comics back in the mid-90's.  I even went back about 8 years ago and e-bayed off some of my bigger titles I had down in the garage, mostly my first issues of Spawn, some Sandman, and so on.  (These things happen, you just move hobbies and interests now and then).

At any rate, I've been having a bit of a urge to start reading a few titles again...Iron Man (my number one title I've followed since I was a kid, and have the largest collection of in the garage), maybe Spidey, Hulk, perhaps some Batman/Dark Knight (I know, I mentioned a DC title).

So a bit of my current conundrum is this...to read them in print, digitally, or perhaps both.  With the advent of the iPad, digital comics took a whole new turn.  Suddenly there was an app that delivered beautifully displayed comic books that are wirelessly and near instantly delivered to my tablet, and require no bags or backs or storage boxes.  Frankly, they can be gorgeous, and extra functions liked 'guided view' (where I tap and the comic guides itself from panel to panel in a more artistic flowing fashion than is feasible with print) is pretty cool.  But as a child of the comic book that I could hold in my hand and flip to the back to read the ads for x-ray glasses and Grit magazine, there's something that requires having a print comic.  I used to wait impatiently to run down to my local comic store and get the issues out of my subscription box that the store automatically put there for me when they arrived.

Both options are huge in my eyes right now.  The digital comic is something to be embraced with open arms.  Aside from all the perks of instantaneous delivery (let's be honest...such is no longer a luxury, it's an expectation of our world - deal with it), gorgeous art medium, and a full sized comic book store at your fingertips larger than any brick an mortar store could be, digital comics are also a fantastic source for new artists and writers, and I've had the opportunity to read some really good new comics, ones that would have a helluva time coming to print and to store in the days before digital comics.  Now, it takes near nothing to produce a digital comic that can be given away free if necessary for fans to peruse - and new artists and writers can more easily break into their professional careers this way.  But print comics will (hopefully) always be.  A comic book is something to be read, to be collected, and to be cherished.  This digital vs. print debate is akin to saying that there is some amazing artwork that can be done with the obviously extremely advanced paint and drawing programs and apps and displayed beautifully on tablets and such, often with added extras like motion and video, so we should do away with physical art using oils, watercolors, and charcoal.  Why look at Matisse, or Da Vinci, or Rembrandt, or Pollock, if we can have digital artwork?  Simply enough, because one art medium simply doesn't replace others - rather it adds to the whole that is art.  In the case of digital comics, this has happened as well.  Digital comics doesn't replace traditional print comics...it adds to the entire art form.  To suggest that we should stop printing X-men comic series because we can now have X-men in all their glory on my iPad is ludicrous.  Instead, the suggestion is that I can choose how I read and collect my comics - either in a box in my garage with individual protective bags and sleeves or on my tablet with all the extras that come with digitals.  Or, in many cases of comic fans I've read and chatted with, both.

Which is most likely what I'll do... 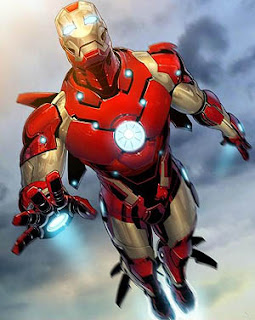