Gear up for Gears of War 4

That's right...it's almost here.  In fact it's less than 12 hours away as I write this post. Gears of War 4 releases at midnight Oct 11th and yet another Xbox/Microsoft exclusive will suck up a crap-ton of my life now that I'm not only out of school, but not starting the new job until next week.

Yea...that's right...we're now talking about JD Fenix, Marcus Fenix's son, and we're back on Sera about 25 years following the end of Gears of War 3.  Now there's a new threat to the planet - and it's not the Locust and their bitch-queen Myrrah that Dom sacrificed himself so we could finish them off.


It's the Swarm that JD and his buddies Del Walker and Kait Diaz will have to ditch their COG duties to blow the goo and gore all over your screen with.  (BTW Kait isn't COG - she's with some kind of vigilante gang called The Outsiders. The Swarm are the new unknown bad boys on the block, and in order to take them on, JD asks for help from his pops, the great Marcus Fenix, who is nicely aged for being 25 years older in addition to being pissed off at his son for joining the COG in the first place. 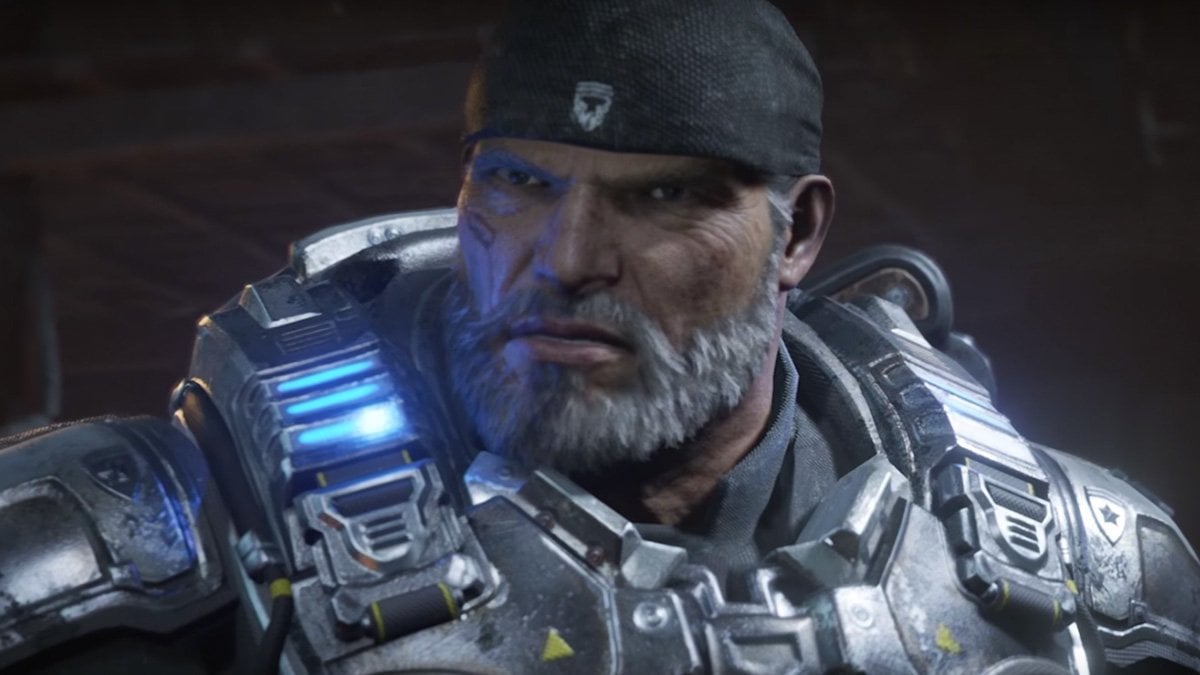 To me, the Swarm look an awful lot like the Locust...but hey, I'm happy to chainsaw bayonet pretty much any hot-mess alien soldiers that stand in the way of Sera's heroes.

So go grab it and pre-order if you still can so you can snag the extra goodies for pre-order - such as the Brothers-To-The-End elite gear pack with Zombie Don, Old Man Marcus, Tomorrow Anya, and some gold plated lancer and gnasher skins.  Plus you can start playing now (the pre-order started 3 days ago). 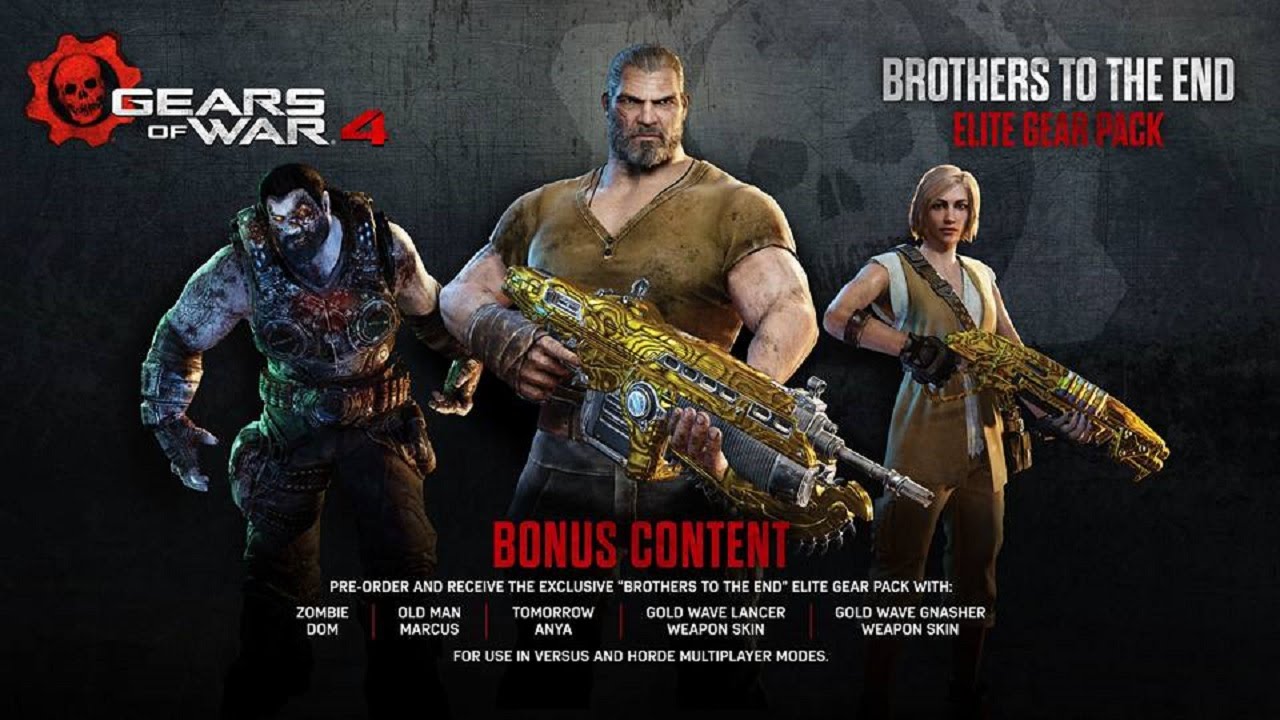 I also picked up a deal for a free $10 gift card from Microsoft here  for pre-ordering a download code for Xbox One from Microsoft...so that sealed the deal for me.

Don't forget too that if you GoW4 is PlayAnywhere, meaning that if you DL it for your Xbox One, you can play it on your Windows 10 machine too...for free...and it syncs progress between the two.  PlayAnywhere is awesome, and I use it a lot more than I thought I would - not to mention that it's pretty common for me to stream my Xbox One to my Windows 10 laptop when I'm doing Xboxy stuff or playing a game.  It's fantastic, and allows me to play a game in the living room streamed from by X1 to my laptop while my wife is watching the TV. 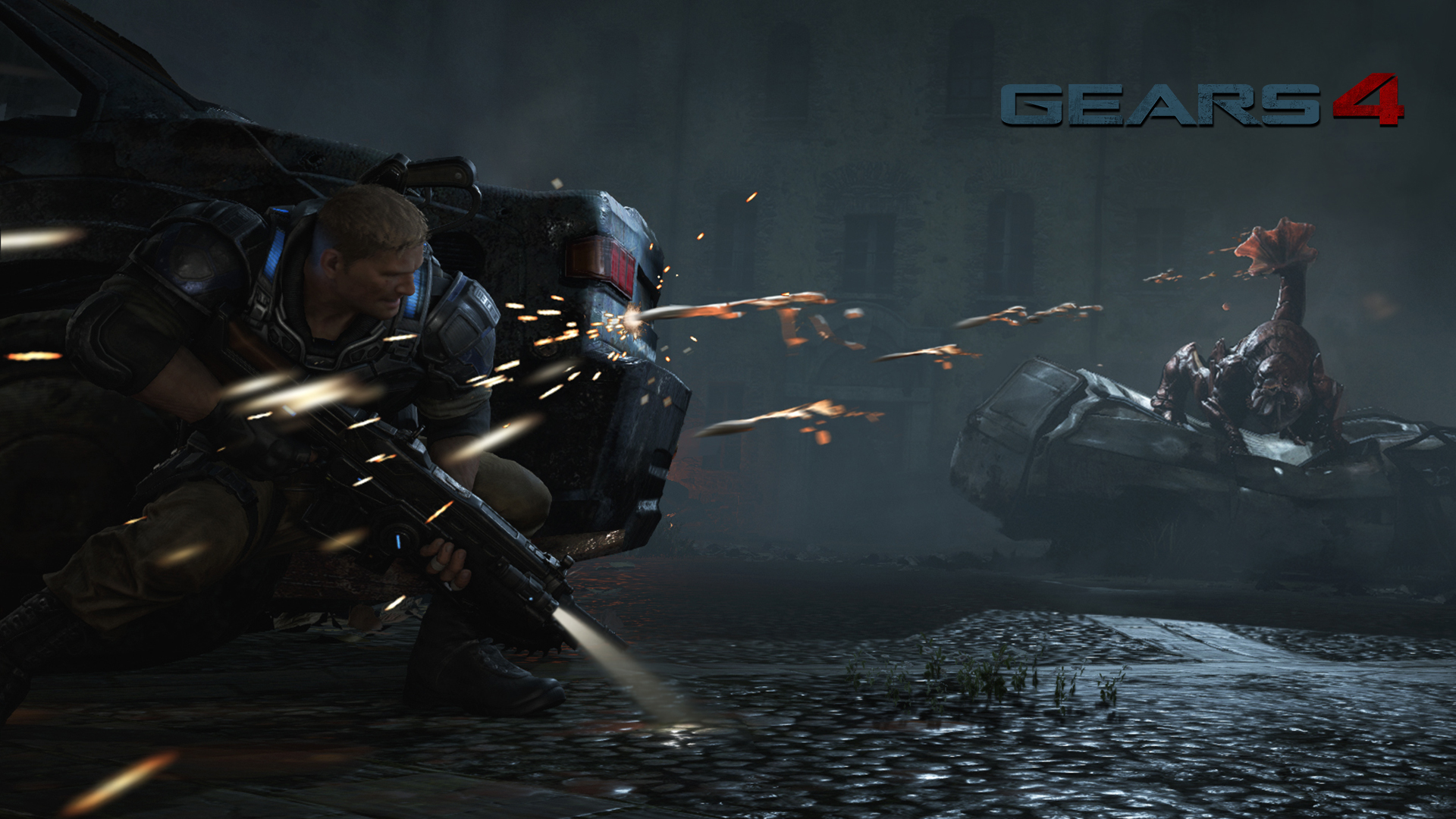 And if you're reading this after the game goes on sale tonight...well buy it anyway because you know you will.  It's one of the reasons Xbox is Xbox - between Halo and Gears it was never even a second thought about which console goes into my entertainment center.  If you opted for PS4 and didn't also pick up an Xbox...well...guess you'll just have to cry in your wheaties while I'm taking cover before tossing frag this week.  (Maybe I'll fire up something off my EA Access subscription this week too...oh wait...you PS4 fanboys don't have that either.  Seriously, buy an Xbox already!) Gears of War has been on of my all-time fave game franchises - both from great story, excellent gameplay, and most importantly from a married to gamer spouse person - multi-player split screen play (and I'm 99.9% sure GoW4 will be split screen two-player). 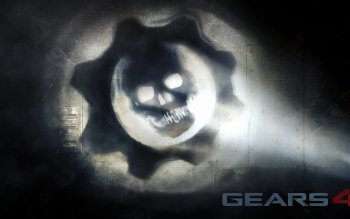 Polish up your lancer and oil up it's chainsaw...I'll see you on Sera!