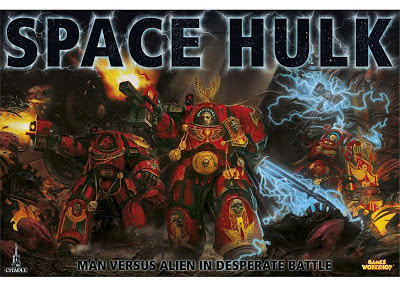 The first game I signed up for was Space Hulk. This is a 'Specialist Game' from Games Workshop, though it's no longer published.  You could pick up a copy off ebay or some reseller on Amazon, but it's gonna cost you a couple of hundred bucks to do so.  Or you could just head to a game convention and play with someone else's, like I did.  Space Hulk is a sort of dungeon crawl where one side typically plays some Space Marine terminators and the other side plays Tyranids (there's some variations of course).  The Space Marines have to survive to get off the floating hulk in space...the 'Nids have to kill the marines.

Normally the game comes with flat cardboard sections to mimic the starship corridors, but the guy that was running the game on Friday (David) had sculpted, cast, and painted his own corridor scenery complet with bulkheads, doors, airlocks and other cool stuff.


It was pretty tough...the Tyranids on the upper level wiped out the Chaos Space Marines before they ever made it off their upper level.  The Space Marines (whose team I was on) only had two marines survive to escape to the lower level...one of the sergeants I was running and a marine with a storm bolter.
There was some seriously amazing dice rolls that got our two marines down to the lower level (one of the other players called it 'heroic dice rolls' :) but we did manage to get down the slide.

We survived the first two rooms and killed off a bunch of aliens (though my sergeant did suffer some acid splashback on two occasions).  But when we blew the door open to the Alien Queen, she promptly came through it and ate both remaining Space Marines, to our dismay.

Overall it was a great time, with lots of racous shouting at die rolls (always a good sign).  Thanks to David and the rest of the group for a really fun time... 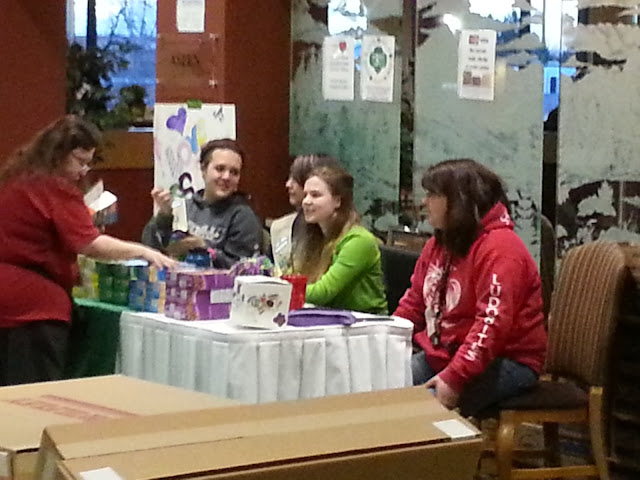 Girl Scouts selling cookies...at a game convention...full of geeks, most of which have really bad dietary habits.  Genius!