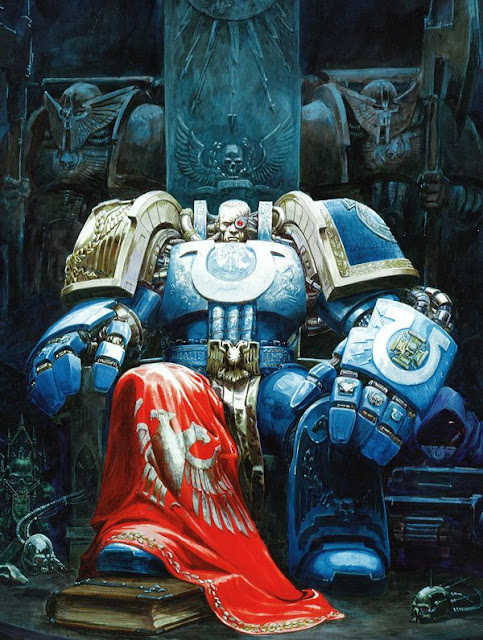 So it's no secret that I've often been a rather ardent supporter of Games Workshop's business model, and am often vilified as a defender of their business practices.  Fans of the game company's products are quick to demonize GW's high prices, regular re-issue of updated game rulebooks, army codexes, and figure lines...the argument being that they are shamelessly raping their own customers by forcing them to constantly purchase products to stay updated to the latest game components at exorbitantly inflated retail pricing.  The other love/hate with GW is that they are known for consistently quashing any possible competitors in brutal fashion, often going after very small start up companies and grinding them under the wheels of copyright infringement through greater legal and financial resources of the their success.  A good example of this is the takedown notice GW filed against Thomas Valenty who, using a MakerBot, designed some Warhammer 40K tanks of his own based on his brother's Imperial Guard army. 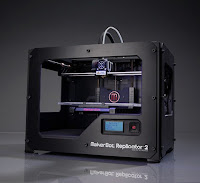 Another is the GW lawsuit against Chapterhouse, a small Texas-based company that designs models and accessories that primarily complement the Warhammer Fantasy Battles and 40K universes. 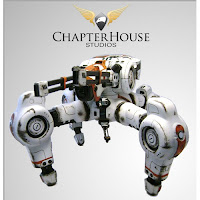 The latest incarnation that is sure to raise the hackles of tabletop miniature wargamers and science fiction fans alike is the trademark infringement claim filed by Games Workshop against the ebook version of Spots the Space Marine claiming that GW has a common law trademark on the term "space marine," most significantly because they have a large interest in the e-book market (ala The Black Library).

According to The Escapist, GW currently holds trademark claim to the term space marine when referred to in regard to "board games, parlor games, war games, hobby games, toy models and miniatures of buildings, scenery, figures, automobiles, vehicles, planes, trains and card games and paint," but now seeks to assert that the trademark extends to fiction, in this case e-book fiction, as well.  The more ominous possibility that looms on the Digital Millennium Copyright Act (DCMA) horizon is that GW could be looking to apply that trademark to any and all things Space Marine in the future, not just related to the gaming tabletop.  This could even push me to accuse Games Workshop of crossing the line.

Look, my stance on GW's business practices is this:  GW has done what very, very few nerds and geeks have ever been able to do...that is to take their gaming creations and create a truly serious and successful business out of them.  Oh sure, Gygax and TSR did well for some time, but eventually had to sell out to Wizards of the Coast (who made their success through Magic The Gathering), and let's be honest, Wizards ended up under the Hasbro umbrella in no small part to what most dice-rollers saw as screwing up D&D. 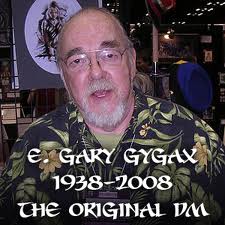 (Granted there are some good things afoot for the world of D&D as the next incarnation is currently in play-testing via actual D&D players...something that not only rings of an application of video game beta-testing for pen & paper style games but of some very forward thinking on Wizard's part).

But Wizards can no longer claim to be a stand alone game company for the geek-o-sphere as they are now owned by Hasbro.  One could also point to Fantasy Flight or Paizo or Pinnacle or Battlefront and other such game companies, but Games Workshop is a juggernaut in the world of nerd games.
No self-respecting game store worth it's gaming tables doesn't have at least a 'stockist' display of GW stuff, and the extremely deep backstory of their universes is staggering compared to any other game system...40K alone garners a towering fanbase of their fiction.  Find me another game system that has it's own fiction publishing arm that has real writers such as Dan Abnett and Graham McNeil and a pretty large library of offerings.  The Horus Heresy storyline has over 20 books in it alone and more produced every year.  GW is listed on the London Stock Exchange.  It owns the rights to The Lord of the Rings and The Hobbit tabletop games.  GW reported sales revenues just under $2 million (1.23 million British Pounds) in 2011.  They have nearly 2000 employees worldwide.

Because of all that, I have rather profound respect for Games Workshop.  Success is not won easily, and GW has done a rather spectacular job since it was originally formed in the mid-70's.  So while I personally get frustrated at another hardcover version of rules or what seems to be a once or twice a year re-issue of some codex, I understand it from a business perspective.  Companies have to remain solvent...this means producing new products to keep your customers buying.  If GW never produced anything new, eventually they would run out of sales.  Gaming is a very niche market with a limited customer base.  Apple crosses over many boundaries with its products...your grandmother might very well be interested in an iPod (or at the least own an iPhone) but she very doubtfully is building an army of Tyranids.  So GW has to keep fresh and they have to keep current.  And that often doesn't come cheap.  Sure I wish a set of five High Elf Sword Masters of Hoeth that stand about two inches tall didn't cost me $33.00.

I don't like it, but I get it.  And to those I meet at my local game store that are quick to tear down GW and swear they will never buy their products, I call shenanigans.  You will buy GW products, and you will play their games, and you will get the latest codex.  Even if you buy used stuff on eBay, you're just making money for some other hobbyist to buy new stuff from GW.  As long as you keep doing so, GW pulls in $2M a year.  So bitch all you want...you'll still buy.  If you truly are pissed off enough that you won't buy, the reality is that you'd play GW games if you could afford to do so.  In that respect...more power to Games Workshop for producing something we all want to buy. Love 'em or hate 'em, the fact of the matter is that the folks at Games Workshop are making a pretty nice living playing with plastic army men, while you're flipping burgers, selling cars, and working night shifts at the hospital (like me).  You come up with a successful career playing games and then you can talk smack about GW.

Because of all this, Games Workshop must protect itself, its products, and its brand.  That's just business.  It may seem cruel, heartless, and relentlessly evil, but it is what it is.  I get the challenge to people copying their designs on a 3D printer.  I understand to a limited extent wanting to prevent places like Chapterhouse from selling stuff that essentially takes dollars out of the GW coffers.  But this latest lawsuit claiming they may own the literary rights to the term 'Space Marine.'  Good luck on that one GW.  Space Marine was first coined in the literary world way back in 1932 by sci-fi writer Bob Olsen in Amazing Stories, Volume 7, Number 8.

Since then it's had many, many versions in the literary world, most notably in Robert A. Heinlein's work Starship Troopers (1959).  Aliens (1986) was about Colonial Marines battling big ass xenomorphs on LV-426 (let's be honest, Tyranids are a direct ripoff of the Aliens franchise).  Even in terms of video games, id Software's Doom was a space marine character killing demons on hell-infested moons orbiting Mars. I would hope that GW doesn't try to sue Sega with it's upcoming release of Aliens: Colonial Marines.


This is a reach for even Games Workshop, and frankly in this case, I'm calling shenanigans on GW for a change.  You can challenge anyone that creates a game that uses Space Marines, particularly if they use the backstory for your Space Marines that you have created...I get that.  But you can't really expect to try and squash the idea of the armies of the future flinging out armored and beweaponed marines on navy spaceships to the stars and suing everyone that wants to write a story about how they think it would happen.  Because you didn't think up the idea.  The idea has been around for a much longer time than Games Workshop.   I would hope that GW doesn't try to sue Sega with it's upcoming release of Aliens: Colonial Marines. We'd laugh at you, and I'll have to write another blog post. 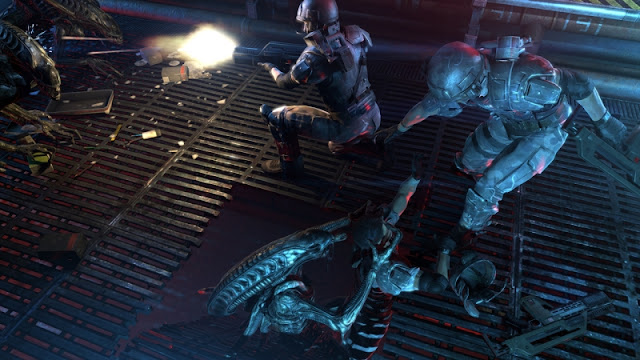 So GW, you need to toe the line on this one...and probably be thankful that the Heinlein estate hasn't tried to sue you.