SpaceX Dragon Ushers in a New Era in Space Travel 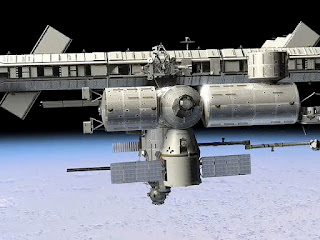 At 12:02 ET, SpaceX's Dragon capsule made history by becoming the first successful cargo haul to an orbiting platform by a private commercial company.  The Dragon capsule was captured by a robotic arm on the International Space Station just shy of 10:00 ET, and then maneuvered in for a successful docking on the Harmony module of the ISS by the first private spacecraft to do so.  The entire event went off flawlessly with just a slight delay of a a few hours.

"Looks like we caught a Dragon by the tail," astronaut Don Pettit said after capturing the capsule with the robotic arm, according to NASA. 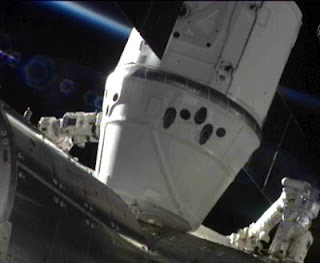 Dragon's next milestone will be to detach from the ISS once the capsule's cargo has been offloaded and return to Earth in a couple of weeks and splashing down in the Pacific Ocean off the California coast.

The implications of this event are enormous, as this spaceflight demonstrates the ability of private companies to be contracted to successfully bring equipment and supplies to the orbiting space station, and arguably open the doors to commercial spaceflight and exploration beyond Earth's orbit.

Photo and news credits to Mashable and NASA.