Hard to believe it took me this long, but I finally made the leap to Star Wars Armada.

I mean really you'd think I'd have bought the starter box the minute it hit the shelves...but it's taken me a few years to finally pick it up and get it on the game table. 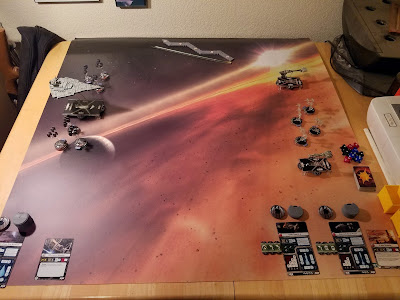 Really the starter box comes with some great stuff to get you addicted pretty quick.  Note the Victory class Star Destroyer, the Nebulon-B Frigate, the CR90 Corvette and the numerous TIE and Xwing squadrons.

Interestingly, I ended up getting a few additional ships and expansions even before the starter box arrived (found a sale at Barnes & Noble and picked up the Rogues & Villains expansion, a Gladiator Star Destroyer, and then had a return credit that got applied to a second CR90 via Amazon.)

While I'll post more in depth thoughts and comments about Armada later, I will go out on a limb right off the bat to say I like Armada better than Xwing at this point.  Don't get me wrong I like both games a lot...but Armada's more tactical pace and chess-like strategy and planning appeal to me more than the quick dog-fighting of Xwing.  Maybe I'm just more naval officer than fighter pilot... 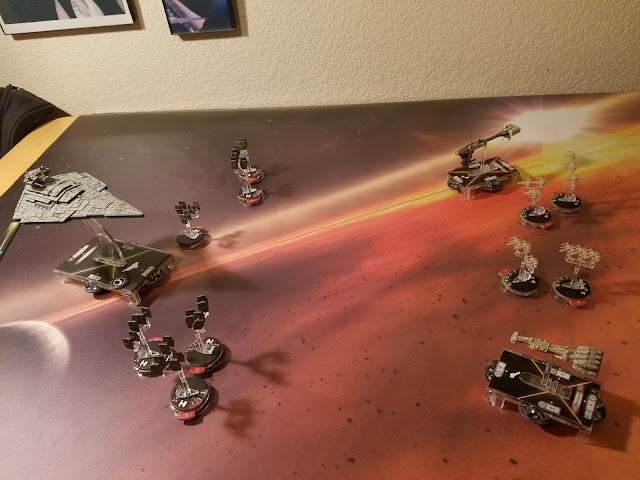